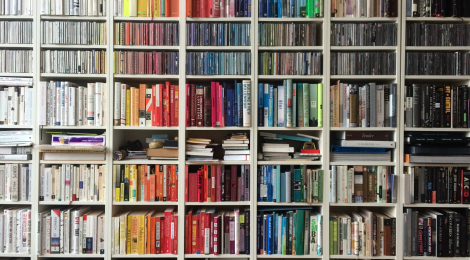 The role of transport supply in the acceptability of pollution charge extension. The case of Milan Journal Article

Milan is one of the few cities in Europe where a congestion charge is in place. It was experimentally introduced at the beginning of 2008 as a pollution charge to enter the central area of Milan. During 2011, to confirm it and also to extend its scope, a city-wide referendum took place. Referendum results largely supported the extension.
While we know well the economic rationale and the potential effects of such policies, the issue of acceptability is still quite unexplored and usually studied with limited interview campaigns, focus groups or theoretical assumptions. This referendum is an interesting occasion to study the real motivations of the acceptability of road pricing experiences in a consolidated context.
This paper studies the determinants of the highly positive vote in favour of the extension of the former pollution charge into a congestion charge scheme. The scale of analysis is the aggregate result of the referendum at the neighbourhood level. The variables studied are the ideological orientation, some socio-economic variables, and the distance from the city centre. In contrast to the majority of existing literature, we also include in the analysis the effect of transport supply and previous mobility patterns, in order to verify if they were crucial to the voters’ acceptance of a road charge.

The city of Milan had introduced a form of cordon pricing to enter the city centre already in 2008. Originally, it was conceived as a pollution charge, aimed at reducing the polluting vehicles going into the most delicate area of the city, and only secondarily affecting the traffic volumes. That policy, whose effects declined over the years due to the fleet turnover, was substituted in 2012 with a genuine congestion charge, called `Area C'. The substitution came after a city referendum in June 2011. The chapter discusses the history of the policy and summarises the main outcomes, 5 years after implementation, in terms of traffic reduction, emissions and impact on user groups. A section is devoted to the description of the technology used and of the architecture of the system, entailing real time data exchange with the vehicle registry, the urban police and a number of payment systems. The chapter concludes with a discussion on the motivations behind the (unexpected) public and political acceptability of the policy and proposes some hints to transfer its experience to other cases.

In early 2008, a pollution charge was introduced in the central Area of Milan. Although initially it positively affected traffic volume, after some years its effect wore off due to the replacement of older vehicles with newer and exempt vehicles. As effectiveness decreased, in June 2011 the Milan citizens voted in a referendum on whether to extend the charge to all vehicles. The result was clearly in favor of the redesign and extension of the toll. In January 2012 the new policy was put in force under the name of “Area C.” The new pricing uses the same technological infrastructure and encompasses the same Area but evolves into congestion pricing aimed at reducing traffic in the compact and crowded central city. The present article discusses the history of the Milan road-pricing case and presents some quantitative analyses of the overall effectiveness of the measure, based on official data. In addition, we calculate, using cordon data, the distribution of entrances per vehicle category and the related yearly cost paid by users. The analyses show the measure's effectiveness, in line with expectations, and calculate the economic impact of the pricing on different user groups. Such impact appears quite limited, as the vast majority of users cross the cordon occasionally, and the most affected user groups (e.g., residents) are granted with more favorable conditions.

The role of transport supply in the acceptability of pollution charging extension. The case of Milan Conference

In the beginning of 2008 a pollution charging in the central area of Milan was introduced. It initially had a large impact on traffic volume, but in some years its effect worn off, as the citizen of Milan started to change their cars. This is why in June 2011 Milan citizens were consulted in a referendum for its extension to all cars, resulting in a strong support to the policy extension. We initially describe and contextualize the Milan experiment within the main European experiences on urban road charging in order to have a better understanding of the acceptability of this kind of measures. The paper then attempts to study, through a revealed references exercise, which are the determinants of the highly positive vote in favour of the extension to a road pricing scheme. In particular we are focusing on: ideological orientation, socio-economic variables, distance from the city centre, public transport provision. Differently from existing literature, we put particular interest in the latter, as we want to assess the relationship between policy acceptability and neighbourhood accessibility, to verify if public transport was essential to the successful implementation of road charging.

The effects of road pricing on travel behaviour. The case of Milan Conference

Since urban congestion is a major problem in many European cities, many policies have been adopted in order to face this issue, ranging from road construction and public transport improvement (supply), to softer policies such as low-speed zones or “sustainable mobility” campaigns (Maltese et al., 2010). One of the policies undertaken at the city level is road pricing, usually declined in the form of cordon pricing around the most congested areas. This measure is perceived as radical and difficult to be accepted both by users and, a fortiori, by decision-makers (Gaunt et al. 2007, Glazer 2012, Hamilton 2012). As a result, very few cases of urban road pricing exist in Europe, and they mainly concern the following Northern European cities: London, Stockholm, Oslo, Bergen, and Gothenburg. Nevertheless, since 2007, a road pricing policy (“Ecopass”), has been adopted in the city of Milan (Italy), too. This policy, born as pollution charge in 2007 (Rotaris et al., 2010) explicitly became congestion charge in 2011 (”Area C”), as a result of a public referendum. Within this context the present paper aims to investigate the effects of the “Area C” road pricing measure on the mobility behaviour of the Milan citizens. The data come from the Green Move project, conducted in the year 2012 among the inhabitants of the municipality of Milan (Beria, Laurino, 2013). The database consists of 1,198 observations, and includes demographic variables (gender, age, education and skills), respondent’s address, variables related to the number of owned cars and typology, individual travel patterns, etc. (Beria, Mariotti, 2013). The impact of “Area C” on the respondents’ travel behaviour has been investigated by means of descriptive statistics and an econometric analysis – multinomial logit model – (Train 2003, Marcucci, 2011). The model includes several explanatory variables: from demographic variables, variables related to the number of owned cars, their value and fuel-typology, to the district of residence. Besides, the effect of exogenous variables, such as the perceived increase in oil prices is observed, too. The paper is structured into six sections. The introduction is followed by the literature review on the European experiences of urban road congestion pricing (among the others, Rotaris et al, 2010; Börjesson et al., 2012; Eliasson and Jonsson 2011; Eliasson et al. 2010). Data and methodology are presented in Section three, while the empirical analysis –descriptive statistics and econometric model – is described in Sections four and five. Conclusions and policy recommendations follow.